How do they compare?

In very basic terms graphene could be described as a single, one atom thick layer of the commonly found mineral graphite; graphite is essentially made up of hundreds of thousands of layers of graphene. In actuality, the structural make-up of graphite and graphene, and the methods used to create one from the other, are slightly different.

The attributes of graphene – transparency, density, electric and thermal conductivity, elasticity, flexibility, hardness resistance and capacity to generate chemical reactions with other substances – harbour the potential to unleash a new technological revolution of more magnificent proportions than that ushered in by electricity in the 19th century and the rise of the internet in the 1990s. ~ LarrainVial

Graphite is a naturally occurring mineral which is formed through the metamorphism of organic material in limestone deposits. All of our production processes at Graphene Leaders Canada begin with high purity, natural graphite. Natural graphite is a mineral that is commonly found in metamorphic rocks, and igneous rocks and finds uses in refractories, batteries, steelmaking, expanded graphite, brake linings, foundry facings and lubricants. Canada is the second largest graphite producer in the world owing to its large deposits of high-purity graphene. Graphite was discovered over 1000 years ago, and despite widespread use in ceramics, and lubricants, was not named until 1789. It’s extraordinary material properties have been well documented over the years including its self-lubricating properties, thermal, and chemical stability, and conductivity of both electricity, and thermal energy. All of these properties arise from the basic structural unit that forms graphite- which are atomically thin layers of carbon atoms arranged in a hexagonal lattice. Unlike its 3D counterpart diamond, which has bonds of equivalent strength between all carbon atoms, the 2-dimensional building blocks within graphite, have very strong sp2 bonds in two dimensions, and comparatively weak bonding holding the layers together. This unique bonding in the 3-dimentional graphite structure allow easy sliding of layers against one another, while simultaneously giving it strength in two dimensions that is greater than diamond, and thermal and electrical conductivity along the individual sheets. The bonding also gives graphite exceptional thermodynamic stability, exceeding both other natural allotropes of carbon- diamond and amorphous carbon, which makes it excellent in refractory applications where high temperatures and harsh conditions can decompose other materials. These properties have also made graphite an excellent additive to composite materials to improve strength, while remaining flexible. As we review the material advantages of graphite, it becomes clear that many of these properties originate from the basic building block of graphite; graphene.

Graphene (the 2D building block of graphite) is a single layer of sp2 bonded carbon atoms in a hexagonal lattice;, this is generally referred to as single layer graphene. All of the properties which make graphite an excellent material in coatings, lubricants and composites arise from the bonding in the basic structural building block-graphene. While this material can be thought of as individual atomically thin sheets of graphite, changes to the properties of the material occur as it gets thinner. For example, graphene is the strongest material ever measured with a Tensile strength of 130 GPa. It is a zero-band gap semiconductor with exceptionally high electron mobilities, nearly independent of temperature. Graphene has a very low density and very high surface area, with a theoretical maximum of 2630 m2/g, meaning it can readily be used to produce very lightweight foams with very high surface areas for efficiently removing oils from water. Even the lubricity properties of graphene are enhanced relative to graphite with graphene nanoplatelets achieving exceptional sheet slipping performance when the number of layers is reduced to below 3. Owing to the nanoscale size of graphene, and the magnitude of its property improvements relative to graphite, at GLC we have focused our developments in using graphene as an additive to existing materials to improve any number of properties from strength, wear resistance, and corrosion resistance to enhancements to lubricity and hydrophobicity.

Over the last few decades, carbon has gotten a bad name from being immediately associated with climate change. What is important to remember, is that carbon dioxide is not the only form of carbon- carbon is an exceptionally versatile element, with 9 possible oxidation states, and the ability to form strong bonds with a large number of other atoms. This versatility not only leads to the physical possibility of carbon in the form of CO2, but also allows it to accomplish very extraordinary things, including being responsible for life, fuel of many different forms, plastics, the food we eat, and more recently has found its way into the electronics industry through a whole host of polymers, and carbon allotropes that are making things such as flexible, printable electronics, and highly compact batteries a possibility. This is where carbon starts to get very interesting.

Allotropes of carbon have some of the most useful material properties of any material, which is why 2 Nobel prizes have been awarded to the discovery of the newest allotropes of carbon for fullerenes, and graphene. Graphene is a particularly powerful example of what carbon alone can do, as it consists of perfectly 2 dimensional, atomic sheets of carbon atoms arranged in a hexagonal lattice, wherein each carbon atom is bonded to 3 other carbon atoms, unlike another familiar allotrope of carbon; diamond where each constituent atom is bonded to 4 other carbon atoms giving it a 3 dimensional structure. It is this bonding that gives graphene it’s incredible properties such as conductivity, but also contributes to record setting strength, flexibility, lubricity and chemical resistance, making the material extremely useful in a whole host of applications not limited to exploiting the conductivity, but in terms of very basic physical properties, rendering it a very powerful starting material for coatings and water treatment applications.

Graphene in theory, is not new, as it is the basic structural building block of graphite and has been believed to exist for almost 100 years when the layered structure of graphite was first discovered and published by John Desmond Bernal in 1924. It was not until 2004 though when Nobel Laureates Konstantin Novoselov and Andre Geim not only isolated what up until this point had been viewed as an impossible material, but also demonstrated metallic conductivity over distances less than 1 micron. This work helped to promote graphene as the miracle nanomaterial; an unbelievably thin material (<3 nm) with extraordinary properties on the nanoscale. It is from this work that graphene companies have begun to exploit the properties of graphene as a thin film on its own, or as a nanoscale additive which to boost the properties of existing materials such as conductivity of both electricity and thermal energy, chemical and UV resistance, barrier properties, lubricity and strength. The potential of graphene is limitless, and commercial development of graphene enhanced solutions are finding their way into market, with large scale commercialization now clearly on the horizon.

The first successful isolation of graphene was completed in 2004 by Konstantin Novoselov, and Andre Geim who used Scotch tape to peel individual graphene layers from the top of Highly Ordered Pyrolytic Graphite (a high quality, synthetic graphite). This effort helped them to gather the first physical proof that graphene could exist- a question that had been debated by scientists theoretically for decades and earned them the Nobel Prize for Physics in 2010. Since its discovery, a large amount of research and development has been dedicated to developing methods to scale-up graphene production to obtain high quality products at an affordable cost. These have included both bottom-up methods such as Chemical Vapour Deposition in which large area graphene films are grown onto metal and semiconductor surfaces, and top-down approaches in which mined graphite is exfoliated to produce liquid-phase dispersions. These dispersions can then be used directly as additive to other liquid phase systems, or dried to form a product that is easy to redisperse. At GLC we focus on the production of high-quality liquid dispersions of pristine graphene, graphene oxide, and graphene nanoplatelets using liquid phase mechanical exfoliation, and chemical exfoliation of graphite. From this starting point we work with our partners to tailor the properties of the graphene, and Solution Dynamix to maximize the impact of the graphene on their products. 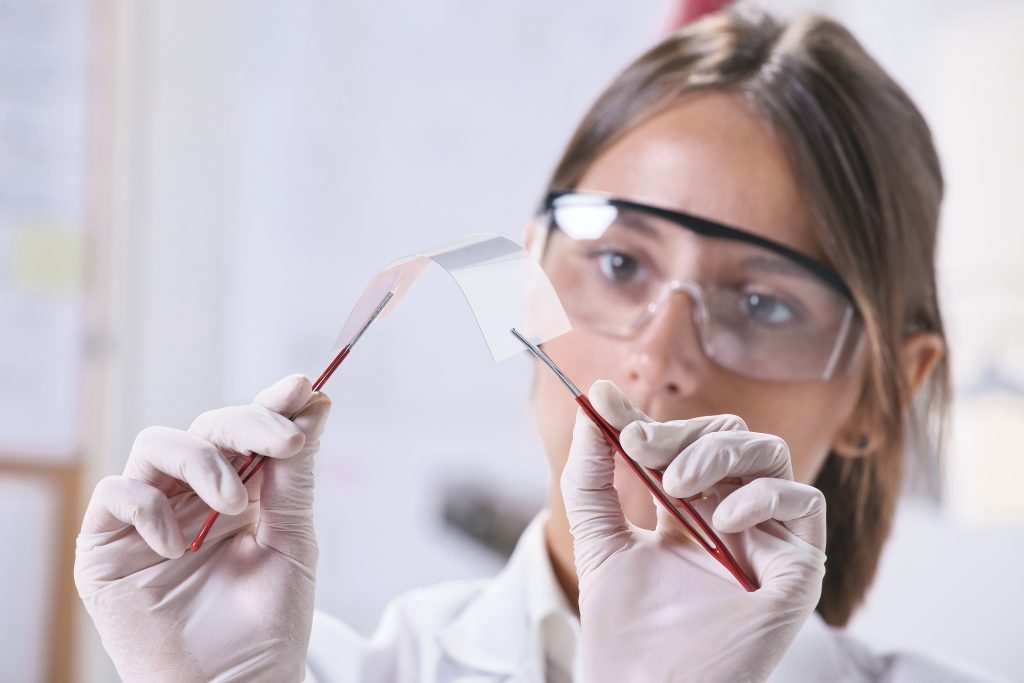 We are expanding the global economy. This technology is available to license and will be a monumental product for future generations.
Integratable modules allow our technology to communicate with microelectronics. This can be utilized for real-time updates and relaying data to human resource managers and health associations.
GLC Medical is currently seeking strategic partners and welcomes all inquiries and discussions relating to the advancement of this breakthrough virus detection technology.
For more information, please email us at glcmsolutions@glcplus.com